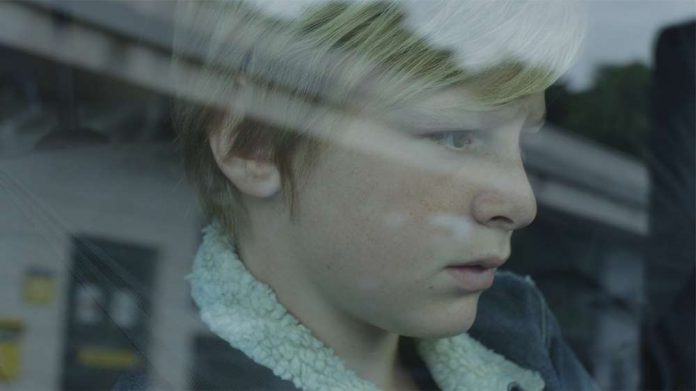 “Custody,” which marks Legrand’s follow up to his Oscar-nominated short, tells the story of a boy named Julien (Thomas Gioria), who is forced by a court ruling to split his time between his mother (Drucker) and estranged father (Denis Ménochet), whom he regards as a violent monster, amid his parents’ bitter divorce. “Custody” world-premiered in competition at the Venice Film Festival, where it won two awards, and went on to play at Toronto in the competitive Platform section.

In her speech, Drucker paid homage to all the feminists, brave women who have inspired her and also dedicated the award to all the women who are suffering from domestic abuse every day and desperately need help.

Jean-Bernard Marlin’s “Shéhérazade” which world premiered at Cannes’s Critics Week, was the surprise winner of this year’s Cesar Awards. The film won best first film and earned its cast best male and female newcomers for Kenza Fortas and Dylan Robert, both non-professionals. “Shéhérazade” tells the story of Zachary, a 17 years old who gets out of jail and faces his mother’s rejection. Zachary ventures into the criminal underworld of Marseille where he meets Shéhérazade, a teenage prostitute.

Andrea Bescond’s feature debut “Little Tickles” won best actress for veteran thesp Karin Viard and and best adapted screenplay for Bescond and Eric Metayer. Based on Bescond’s autobiographical play, “Little Tickles” is about a funny, intense and wild young woman who comes to term with the abuse she suffered as a child through dancing.

The best actor prize was handed out to Alex Lutz, who stars in his second feature, “Guy,” which is about a man who discovers he is the son of an on-the-road French crooner.

Kristin Scott Thomas, who presided over this year’s Cesar ceremony, presented Robert Redford with the honorary Cesar Awards and paid homage to his legacy as an activist, filmmaker and actor.

Redfort, who attended the ceremony with his wife, was greeted on stage with a long standing ovation. In his speech, Redford spoke about his love for France and said he first came to Paris when he was 18 and penniless, and spent time drawing sketches of people, trying to figure out what was going through their minds. He then reminisced about a trip he took to Cannes. As he slept by the beach just above a Croisette place, he could hear people celebrating and laughing. When he returned to Cannes 17 years, he returned to the same palace and contemplated with emotion the beach where he had slept. Hailed as an icon in France, the legendary American actor and director received France’s elite Legion of Honour in 2010.

“The Trouble With You,” Pierre Salvadori

Pierre Salvadori, “The Trouble With You”

Adele Haenel, “The Trouble With You”

Pio Marmai, “The Trouble With You”

Isabelle Adjani, “The World Is Yours”

Audrey Tautou, “The Trouble With You”

Damien Bonnard, “The Trouble With You”

Karim Leklou, “The World Is Yours”

“The Trouble With You,” by Pierre Salvadori, Beoit Graffin, Benjamin Charbit

“Memoir of War,” by Emmanuel Finkiel

“The Emperor of Paris,” Pierre-Yves Gayraud

“The Emperor of War,” Emile Ghigo

“Asterix: The Secret of the Magic Potion,” Alexandre Astier and Louis Clichy

Should we remortgage our home to build an extension?